Through multiple degrees and an international education, I have developed an expertise in
international relations. After having been raised in Assisi, I obtained a Diploma in Interpretation
and Translation, with a major in English and French, from the Scuola Superiore per Interpreti e
Traduttori (SSIT) in Florence in 1990. In 1993, I graduated with a Degree in Modern Languages,
with a major in English and French, from the Istituto Universitario di Lingue Moderne (IULM) in
Milan. In 1995, I moved to France to obtain a Diplome Européen d’Histoire des Idées et des
Doctrines Politiques at the Université de Droit, Economie et Sciences Politiques Aix en Provence-
Marseille. After returning to Italy, I obtained a post-graduate Degree in Advanced Studies in
International Relations at the Società Italiana per l’Organizzazione Internazionale (S.I.O.I.) in Rome
in 2001 and a Degree in Political Sciences, International Relations, Law and Economics from the University of Perugia in 2002.

Since 2003, I have been working as an expert in external and international relations for the
Italian Senate. Prior to that, between 2002 and 2003, I was an external relations consultant for the
United Nations High Commissioner for Refugee (UNHCR – Branch Office Italy – External Relations
and Public Information Unit). 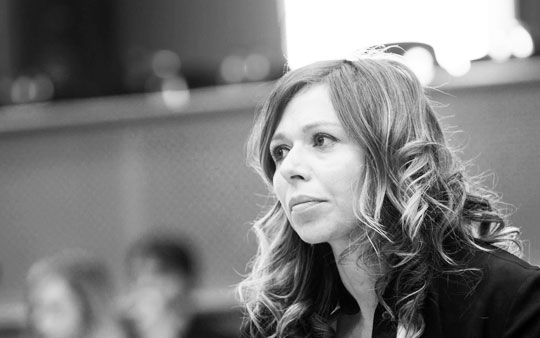 From 1998 to 1999, I worked at UNESCO in Paris as a consultant to
the Division for Social Sciences, Research and Policy, collaborating in several ‘MOST’ (Management
of Social Transformations) projects on multicultural and multiethnic societies in Central and
Eastern Europe, as well as in several Central Asian Republics.
Throughout my career, I have also regularly collaborated as a consultant in external and
international relations and media relations with NGOs, international political institutes, public and
private bodies, coordinating social transformation projects, organizing conferences and events in
Italy and abroad, and teaching in the field of international relations.
Since 2015 I have been the President of BEAWARENOW, a non-profit association
responsible for promoting and protecting human rights.

We believe it necessary for each and every one of us get involved in this ongoing transformation, using our own creativity and commitment … to tackle the major social challenges of our time. Come and be a part of BEAWARENOW!